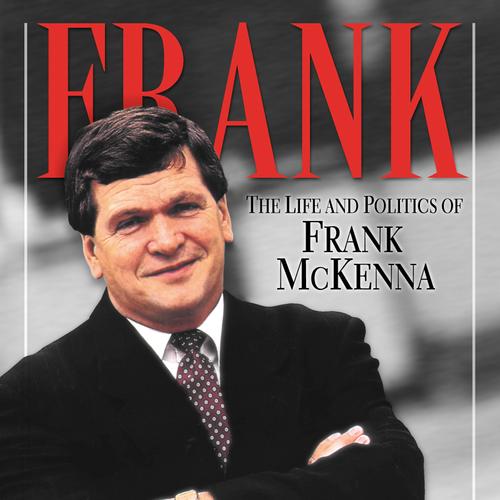 Goose Lane Editions has released a biography that reveals the private world of one of Canada's most fascinating politicians. Years after stepping down as Premier of New Brunswick, Frank McKenna is still on the minds of political watchers across Canada. The question today, however, is will he or won't he get back into the political ring. While the guessing game continues, Philip Lee's new book Frank: The Life and Politics of Frank McKenna provides fresh insights into the man and his politics.

Frank takes readers on a journey into the political backrooms and corporate boardrooms that make up McKenna's world, and offers a compelling glimpse of the private life and hidden agendas of a consummate insider. It also examines McKenna's unique brand of entrepreneurial politics and his staunch determination to transform New Brunswick into a vibrant, self-reliant partner in Canada. Lee uncovers the private man behind the public dealmaker, revealing an ambitious, calculating, passionate and highly intelligent individual. By providing an intimate look at McKenna's childhood on a subsistence farm, his marriage and family life, and his early fame as the lawyer who successfully defended boxing legend Yvon Durelle against a murder charge, Lee lays out the foundation that enabled McKenna to become one of the most successful and scrutinized politicians in Canadian history. Lee casts new light on McKenna's leadership during the Liberals' historic clean-sweep election victory in 1987, and the ten-year whirlwind of innovative social and economic policy that followed. McKenna's driven, no-holds-barred approach to governing frequently attracted controversy in his home province, and his forays onto the national stage made him one of the most fascinating politicians in the country. Whether he was voicing strong opposition to the Meech Lake Accord or convincing large companies to create jobs in New Brunswick at the expense of more prosperous provinces, McKenna always attracted the rabid interest of friend and foe alike.