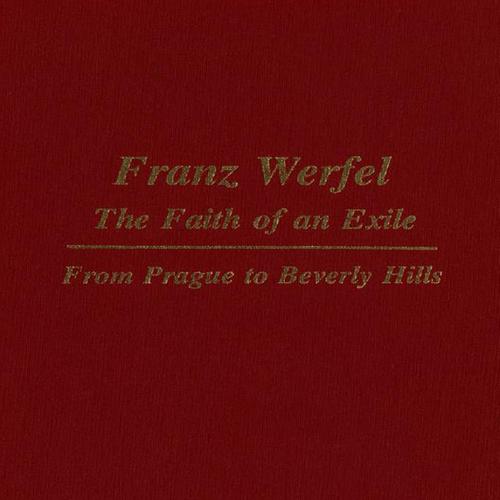 Franz Werfel: The Faith of an Exile

Franz Werfel was born in Prague in 1890 and died in Beverly Hills in 1945, a popular and artistic success in Europe and America. Despite his Jewish birth and upbringing, he was attracted to Christianity at any early age, and although he never formally converted, he celebrated his own vision of it in his entire life's work. The origina sof that peculiar faith and the response it engendered in Werfel's work as he lived thorough the horrific end of Jewish life in Europe are treated here. Werfel was not a systematic thinker, and, while his writing contains much that is philosophical and theological, his eclecticism and idiosyncracy render any attempt to trace the specific origins of his thought or its relation to the work of contemporary philosophers and theologians highly problematic. Thus, this work is neither biography nor intellectual history in the strict sense—it goes beyond, melding the concerns of both genres into a thoughtful, comprehensive portrait of faith at work.

Of interest to historians of the twentieth century as well as to students of that intriguing zone that lies between faith and art but is neither—or both.