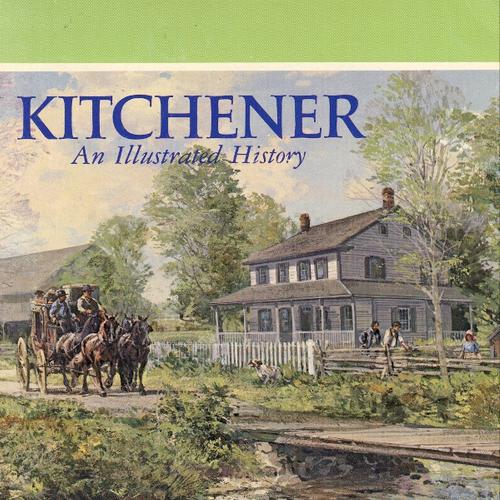 The history of Kitchener is unique among cities in southern Ontario. Although Kitchener shares so much of the character of the region today, its past was considerably different. Until 1916, Kitchener was Berlin, “Canada’s German capital.” Over two-thirds of the residents were of German origin; many retained strong traces of that past. These became controversial when Canada fought two wars against Germany. By the middle of the First World War, the idea of “a patch of Germany” in the heart of southern Ontario became untenable. Berlin became Kitchener, but not without a battle which split the small city.

This is the first scholarly history of Kitchener. Based on wide-ranging research, it illustrates how a community so unlike its neighbours became a part of the broader Canadian community in the twentieth century. Much of the information is new, and many myths are punctured. The romantic mists which have surrounded the story of the early Mennonite settlers are lifted. The full story of the great controversies of the First World War is told for the first time. The impact of the Depression and the extraordinary economic boom which accompanied the Second World War are analyzed. Kitchener’s sometimes-eccentric politicians are seen, not as deviations, but as representatives of a long tradition of civic populism.

Over 100 photographs accompany the text. Maps and tables further illuminate Kitchener’s development. Kitchener: An Illustrated History will be of interest, not only to its residents, but also to Canadians generally who are interested in the history of multiculturalism and the transition from rural to urban Canada. This book illustrates the difficulties as well as the rewards of maintaining distinct cultural traditions. The problems it identifies concern many Canadians today.